Over sixty years ago Wilt-Pruf® was developed and became the first anti-transpirant on the market.

Anti-transpirants are natural compounds applied to plant leaves to reduce transpiration of moisture.

Ultraviolet rays from outdoor daylight react with our film forming polymer which produces a continuous flexible film which forms a coating similar to having numerous bed sheets on a bed. When the top sheet is removed, there are still many more sheets left. The same phenomenon is true with Wilt-Pruf®. As the outside layer wears off with the sun, wind and rain and powders away, another layer forms.

This process continues until all the layers have worn off which takes three to four months and sometimes longer depending on climatic conditions. Wilt-Pruf® is the only horticulture anti-transpirant that has the ability to provide this long lasting protection. 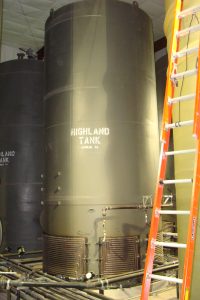 In response to the building boom after World War II, when landscapers found themselves working straight through the hot summers and plants’ water requirements became more necessary to consider, Wilt-Pruf® was developed, the world’s first anti-transpirant ever invented.

The original version improved when it was reformulated with pine resin about 40 years ago. Wilt-Pruf® remains widely used throughout the world and is privately owned.

How & Where to Purchase
Helpful Tips for Use
Copyright Wilt-Pruf® Products, Inc. - All Rights Reserved. Website Design by MOSAgraphics. PO Box 469 Essex, CT 06426